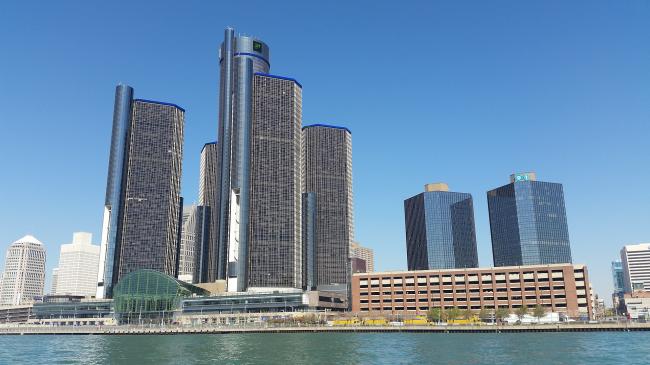 General Motors (GM) has definitely set lofty goals for its electric vehicle business over the past few years. In its most recent earnings report, GM declared that it wants to be the EV leader by mid-decade despite selling under 500 total EVs so far in 2022. Given its most recent statements, GM must believe that it has the capacity to kick its EV business into high gear. One way that it plans to do so is by dangling a carrot in front of its top executives. Let’s take a look at GM’s intentions to link executive compensation and electric vehicle goals. GM’s Announcement During its Q1 2022 earnings call, GM announced some pretty imposing goals. First, it plans to produce two million electric vehicles by 2025 between its North American and Chinese markets. Second, it also wants to exclusively sell EVs by 2035. Third, it plans to surpass Tesla as the electric vehicle industry leader by 2050. Judging from this announcement, GM has gone all-in on electric vehicles. To show their commitment, GM will be linking executive compensation to ESG in order to meet these goals. CEO Mary Barra did not lay out too many specifics during GM’s Q1 earnings call. However, these compensation packages will likely be based on factors such as EV sales volumes in North America, product launch timing, and vehicle quality. Additionally, there is a good chance that these will be long-term goals that are in line with GM’s electric vehicle strategy. So far, GM has done the easy part. Setting high goals is incredibly easy to do. Now, it has to follow through. In that regard, there is quite a bit of work to be done. In Q1 2022, GM delivered a paltry 457 EVs. Of these sales, 99 were the new EV GMC Hummer. For reference, Tesla delivered 310,048 during the same period. On one hand, you could attribute GM’s poor sales to supply chain issues, mainly caused by COVID-19. However, you could also argue that Tesla experienced the same exact conditions and had no production delays. On the bright side, GM expects the current semiconductor chip shortage to ease in the second half of 2022. This could help give its EV business a boost. For reference, Mary Barra's compensation package was $23.7 million in 2020. This included a base salary of about $2 million and stock awards of $13 million. Part of a bigger movement Regardless of GM’s performance so far, it’s good to see another legacy automaker taking the initiative to transition to electric vehicles. Additionally, with Barra’s total compensation already set at $23.7 million, it will be interesting to see just how much additional EV bonuses will incentivize her and other GM executives to reach their targets. To learn more about maximizing executive compensation, visit our Contact Page, or contact us directly by email at fglassner@veritasecc.com or by phone at 415-618-6060.