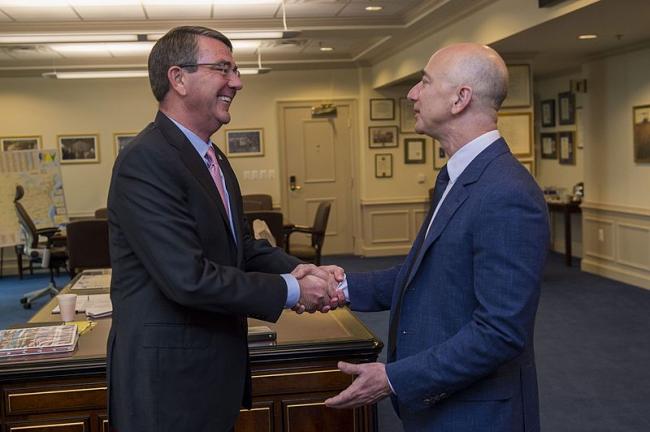 Following in the tradition of large tech companies, Jeff Bezos recently announced that he will be stepping down as the Amazon's CEO. We call this a tradition because Big Tech CEOs are often well known for their visionary ideas and leadership, however, there comes a time when they usually move on and pass the executive reins. Of the 5 FAANG stocks (Facebook, Amazon, Apple, Netflix, and Google) only 1 still has it's founder as CEO (Facebook). Jeff Bezos will be replaced by Andy Jassy as Amazon CEO, who has been with the company almost as long as Bezos has and has been running their web services branch which has long been one of their most profitable. So now that he is no longer CEO, how will the world’s richest man earn his income? This article will examine what his executive compensation structure will look like now that Bezos is no longer CEO of Amazon. Pension plan Despite being the leader of one of the world’s most valuable companies for years, Jeff Bezos' actually only earned a modest $81,740 salary during his last several years. This salary is according to Salary.com, which also reports that Bezos earned $0 in bonus and non-equity incentive compensation, $0 in stock awards, and $0 in option award value. This means that the overwhelming bulk of his income and fortune has come from the stock that he owns in Amazon. There is no public information of him receiving any type of pension plan now that he is stepping down. Stock options Jeff Bezos currently owns approx 10% of existing Amazon stock which amounts to approximately 53 million shares. Since the price of Amazon stock currently hovers around $3,200, this puts his net worth somewhere around one hundred sixty-nine billion six hundred million. That being said, it is not clear if Bezo’s is receiving any more stock options now that he is stepping down. If anything, Bezos will most likely liquidate some of his stock in order to fuel his lifestyle and future projects. Additionally, just because he has stepped down as CEO does not mean that he will not profit if the price of Amazon stock continues to increase. In fact, since his compensation is going to be tied to Amazon's performance regardless of his role, it is still projected that he will be the world’s first trillionaire by the year 2026. Other perks after stepping down Despite no longer handling the reins of the company, Jeff Bezos will still retain one of his main executive perquisites: he will remain in an advisory role as executive chairman. Additionally, he sent an email to Amazon employees sharing that “As Exec Chair I will stay engaged in important Amazon initiatives but also have the time and energy I need to focus on the Day 1 Fund, the Bezos Earth Fund, Blue Origin, The Washington Post, and my other passions. I’ve never had more energy, and this isn’t about retiring. I’m super passionate about the impact I think these organizations can have.” To learn more about maximizing executive compensation, visit our Contact Page, or contact us directly by email at fglassner@veritasecc.com or by phone at 415-618-6060.