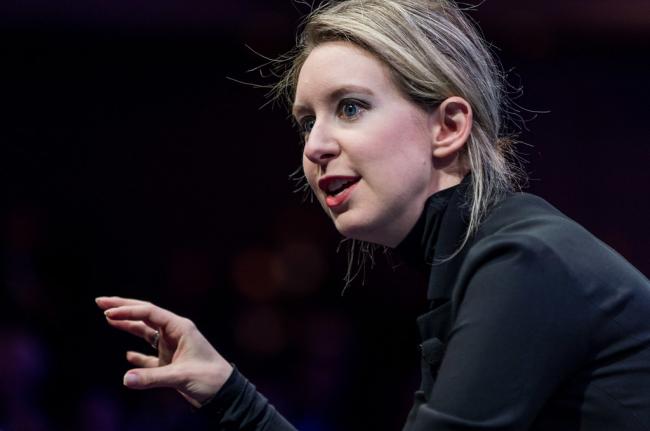 In the world of silicon valley startups, it’s not all too rare for people to become millionaires in a matter of years. An innovative idea and some venture capital funding are often the only prerequisites. Before you know it, you could be the CEO and founder of the Next Big Thing. However, hearing about success-stories-turned-disasters is much more unique. One obvious example is Adam Neumann and WeWork, where WeWork’s valuation crashed by billions in a matter of weeks. Now, there’s another to add that list of disgraced former corporate superstars. Let’s take a look at the story of Elizabeth Holmes and her $9 billion medical startup, Theranos. Elizabeth Holmes Starts Theranos Elizabeth Holmes began as a Stanford undergraduate student who dropped out of school at 19 to start Theranos. Theranos was a medical startup that created a portable blood analyzer. This blood analyzer was supposed to perform comprehensive blood tests that could be brought on the go and only needed a few drops of blood. The Theranos product was meant to be portable, cheaper, and a good alternative for anyone with a fear of needles. The work culture at Theranos was always incredibly secretive. Visitors were required to sign NDAs before entering and former employees were sued if Holmes thought they shared any of Theranos’ secrets. When it came to raising money, Holmes apparently had no issue at all. Early Investors The list of angel investors for Theranos is home to some of the world’s most influential businessmen and women. Some of the early-stage investors include billionaires such as Rupert Murdoch, Besty DeVos, The Walton Family, The Cox Family, and Robert Kraft. Together, these investors initially poured about $700 million into Theranos. They believed in the Theranos product and, especially, believed that Holmes was a genius CEO and as such, the right person to lead the company to success. The Fall From Grace For years, Elizabeth Holmes was the darling of Wall Street and Silicon Valley. Theranos kept raising money and ultimately grew to a valuation of $9 billion. This netted the company’s founder/CEO an impressive $4.5 billion net worth. This money instantly put Holmes on just about every list as one of the youngest and richest female business owners in the country, in addition to ranking her near the top for executive pay packages. However, around this time, rumors started to surface that the Theranos product did not actually work the way it was supposed to. Blood tests would consistently come back with inaccurate reports. Instead of coming clean with investors, Holmes kept right on raising money. She would insist that everything was working fine and ultimately misled investors on the validity of Theranos blood tests. Where do we go from here? In 2018, Holmes and her former business partner Ramesh Balwanie were charged with nine counts of wire fraud and two counts of conspiracy to commit wire fraud. They both face a maximum sentence of 20 years in prison as well as a fine of $250,000 for each count of wire fraud. Holmes’ trial was delayed several times. First due to COVID-19 quarantines and later due to her pregnancy. However, the trial is currently ongoing and you can follow along with live updates here. If she is found guilty then it will serve as a good warning story for entrepreneurs who bend the truth when talking to investors. However, if she is acquitted, then it could lead more founders to make bolder claims about their companies to drive innovation. At this time, the conclusion to this corporate melodrama remains to be seen. To learn more about maximizing executive compensation, visit our Contact Page, or contact us directly by email at fglassner@veritasecc.com or by phone at 415-618-6060.