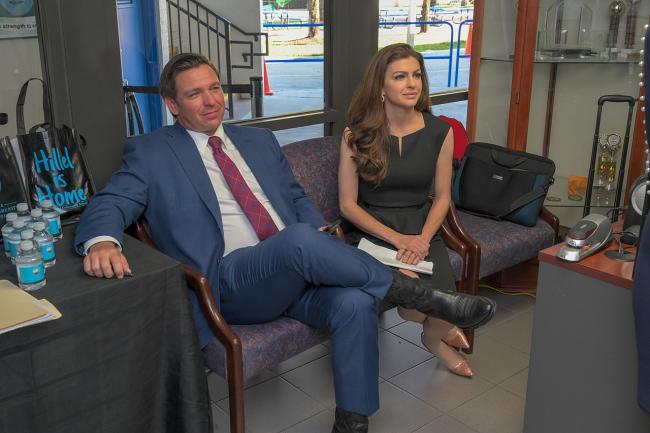 Although Twitter is not a news organization, it is one of the most common platforms for people to get up-to-date information on world events. It also gives people an outlet to voice opinions, which makes it analogous to a modern-day town square. In recent years, Twitter has been criticized for banning people from its platform. Some people, Elon Musk included, see this as Twitter attempting to prohibit free speech on its platform. This is part of the reason that the Tesla billionaire CEO has wanted to buy Twitter. This ongoing situation has drawn the commentary of many politicians, including Florida governor Ron DeSantis. Let’s take a look at why DeSantis is siding with Elon Musk over Twitter. Did Elon Musk Buy Twitter? The short answer is: he tried to, and after much back in forth, has submitted a successful bid to acquire the social media giant. Musk first attempted to earn a seat on Twitter’s Board of Directors. However, he quickly learned that taking this route seemed to create bureaucratic obstacles. It would also limit his ability to buy more shares of the company, which isn't exactly Elon’s style. Elon wants total control of the company so that he can make the changes that he wants. For this reason, Musk declined a seat on the board and, instead, made a cash offer to buy all of Twitter’s shares for roughly $44 billion. To protect themselves, Twitter’s Board of Directors threatened to institute what’s known as a "poison pill". This plan would have diluted the value of each share in the company by allowing existing shareholders to buy more stock at a discount. It basically would have been a way to force Elon to overpay for shares of Twitter stock if he tries to buy more, thus watering down his ownership and preventing a hostile takeover of the company. This ongoing debacle has gained mainstream media attention. While Musk's bid to acquire the company seems to have been successful, we have seen that US politicians are starting to weigh in. Ron DeSantis Sides With Elon You might be wondering why Ron DeSantis, the governor of Florida, wants to get involved in a conflict between a billionaire and a social media technology company. Well, the reason might be because Florida’s state pension owns 949,690 shares of Twitter, according to Bloomberg. This means that Florida residents' pension fund relies on the performance of Twitter stock. Since Musk is offering to buy shares of Twitter for more than they are currently worth, Florida’s pension fund stands to make a lot of money. Twitter’s board initially rejected Elon’s offer of $43 billion, which is well above Twitter’s current market cap of $37 billion. It’s also worth noting that Elon does not plan to continue to pay board members once his acquisition of Twitter goes through. For this reason, DeSantis believes that the board was breaching its fiduciary duty by not accepting the initial offer. Essentially, he believed that the board was trying to protect themselves, and their salaries, instead of acting in the best interests of Twitter shareholders. To learn more about current events as they pertain to finance, economy, business and executive compensation, consider subscribing to the official Veritas newsletter: Compensation in Context.